Are you seeing stars? It must be July! 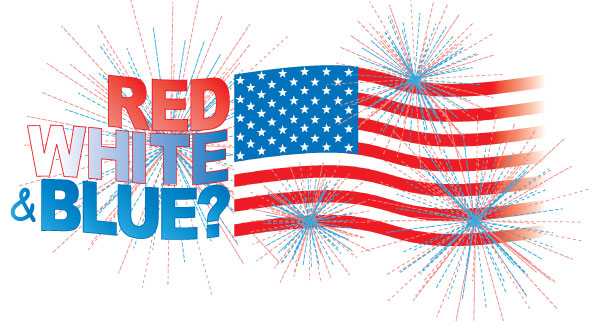 From flag poles to yard decorations, from hats to socks, from the dinner table to the picnic table, the beginning of July typically brings on a sea of red, white and blue. Going beyond the traditional American flag, combinations of red, white, and blue can liven up most any atmosphere. And why do we accent everything in red, white, and blue?

Although, the American flag wasn’t officially adopted until 1777, prior to that on July 4, 1776, the Continental Congress appointed a committee to establish a seal for the country which reflected the Founding Fathers’ beliefs and values. The committee chose white to signify purity and innocence; red to express hardiness and valor; and blue to represent vigilance, perseverance & justice.

Across the nation, July 4th celebrates the day the United States secured independence from the British Empire. The original Thirteen American Colonies fought to separate themselves and the forces were led by George Washington with support from Thomas Jefferson. The first celebration of Independence Day actually took place on the 4th of July 1777. Thirteen gunshots were fired in recognition of the original American Colonies. (Are you singing “Fifty Nifty United States” yet?)

With 4th of July now a federal paid holiday, you can choose to take part in many outside activities such as parades, picnics, concerts and fireworks which take place on the 4th of July as a way to thank our Founding Fathers for our independence today. 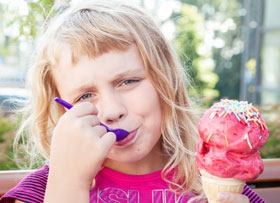 Not really, but it’s a good time to start thinking about the holidays. Why? In addition to celebrating our independence, according to Consumer Reports, July brings a slew of sales for particular items. But before you go and tap into your holiday budget, here’s where you may find deals this month:

1) With Father’s Day past, this is a great month to find sales on Grills and Tools.

2) National Ice Cream Day is July 17th, so keep your eye out for specials from your local shops and chains such as Baskin-Robbins and Cold Stone Creamery.

3) Make room in your closet and go shopping! Prices on summer apparel drop in July so retailers can start to make room for the fall shipments.

4) Find deals on both indoor and outdoor furniture.

Always remember safety, for yourself and others, as you stroll through the summer and celebrate the holidays! Happy 4th of July!

Lesser-known Independence Day Fact: The second and third Presidents of the United States, John Adams and Thomas Jefferson, both died on July 4, 1826, exactly 50 years after both were signers on the Declaration of Independence.

<< When Mother Nature Attacks: Protecting Personal Information
How to Save Money This Summer and Still Have Fun >>