Star & Stripes and Dollars & Cents: The History of Money

On July 4, 1776, the Second Continental Congress signed and adopted the Declaration of Independence, asserting our young country’s independence from Great Britain. Nearly 240 years later, as we gather to celebrate that summer day in Philadelphia, we provide you with more information on our Founding Fathers and the role they played in creating today’s world of banking, dollars, and cents.

If you need help managing your money, contact the Diamond team of professionals today!

Check out our Star & Stripes and Dollars & Cents infographic below for even more information on the history of money! 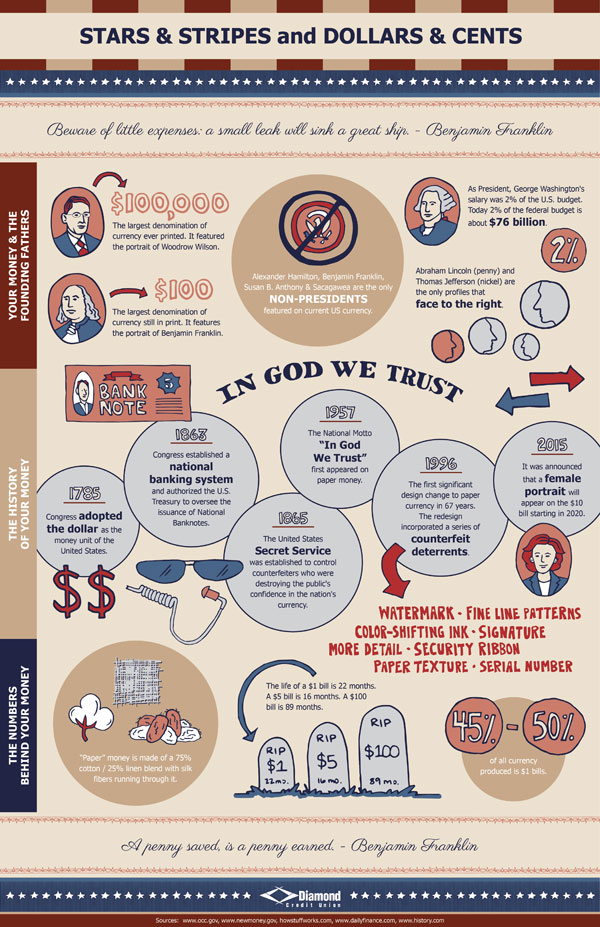