Your Credit Union is a Top Business!

On June 2, 2016, Diamond Credit Union was presented with a Greater Reading Top Business Award by the Greater Reading Chamber of Commerce & Industry. The award was presented during the Chamber’s Annual Dinner. Diamond ranked 18 out of 50 area businesses. The list recognizes both large and small companies that have a positive influence on the future of the Greater Reading area. This is the ninth consecutive year that Diamond has made the coveted list.

Giving Back to Greater Berks 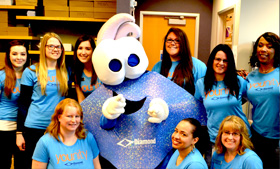 “It’s an honor to be a valued member of the Greater Berks community, from the teller line to marching next to energetic leaders at the Western Berks Relay. From loan signings to congratulating local business members at their grand opening. From helping a student set up their first checking account to presenting the Alfred A. Panfile memorial scholarship. Every step of the way we are thrilled to be a part of this community,” stated John Faust, President/CEO of Diamond Credit Union.

The 2015 Greater Reading Top Businesses Awards, sponsored by the Greater Reading Chamber of Commerce & Industry and KPMG, is based on companies’ revenue growth—measured according to KPMG’s proprietary formula that takes into account both percentage growth and dollar growth in the preceding three years. 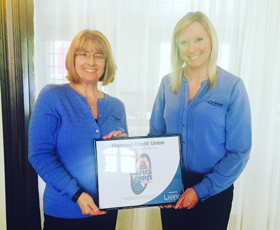 In addition to the Top Business recognition, Diamond was recognized in April as the Berks County People’s Choice in credit unions for the ninth time. The People’s Choice awards are presented by Berks County Living in partnership with Lamar Advertising, Y102, and WFMZ. Results are based on a statistically sound, unbiased, and objective survey conducted by Polk-Lepson, an independent research company.