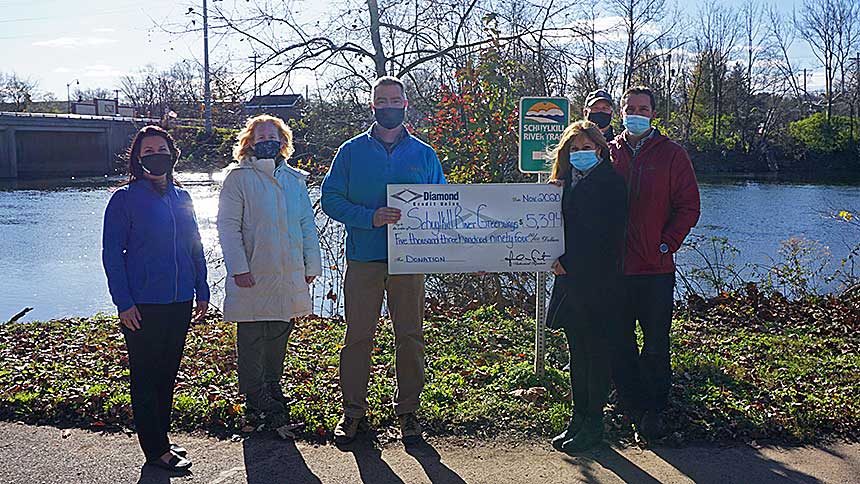 The Schuylkill River Greenways National Historic Area was the recipient of a $5,349 donation from Diamond Credit Union.

The donation was driven by credit union members who took better control of their finances and by doing so, helped SRG in their mission to connect area residents to the Schuylkill River and its trail.

Since early February, Diamond members who used online banking or the credit union’s mobile app, and still received traditional paper account statements, were asked to make the switch to e-statements. For every credit union member who made the switch, Diamond donated $1 to Schuylkill River Greenways.

“This reduced participants’ dependency on paper, which tied it nicely into doing something positive for a great natural resource in our area,” said John Faust, President/CEO of Diamond Credit Union. “We wanted this to be bigger than the benefits of the increased convenience and account security e-statements provide and this was a win-win.”

Coming together to help our community … that’s younity.